The Fiery History of the Stacks in Cabbagetown

We just sold a loft in one of our favorite Atlanta buildings. The Stacks lofts in Cabbagetown have so much…

We just sold a loft in one of our favorite Atlanta buildings. The Stacks lofts in Cabbagetown have so much character and are so unique. It is a special community that many people don’t know much about.

The construction of the property began in 1881 – built by Jacob Elsas, a German Jewish emigrant entrepreneur to house the Fulton Cotton Spinning Company. It was built on the site of a Civil War foundry that had been destroyed in the war. The business was started to manufacture cotton and paper bags to store goods for various industries.

The Fulton Bag and Cotton Mill operated until 1981. The facility sat vacant until 1996 when it was purchased by Alderhold Properties and converted into 505 loft rental units.

During construction in 1999, one of the buildings was almost destroyed by fire. The shell survived, but the entire interior had to be rebuilt.I distinctly remember this fire – I was finishing my studies at Georgia Tech at the time and there was continuous news coverage of the event. A crane operator was trapped in his crane by the fire and was dramatically rescued by a fireman suspended from a helicopter!

In the early 2000’s, as the condo market in Atlanta was incredibly hot, Alderhold saw the opportunity to turn three of the buildings onthe property into for-sale condominium lofts. They called the project The Stacks, named after the mill’s still-standing smoke stacks.

In 2008, a tornado swept through downtown Atlanta – it tore the roof off of the E building of the Stacks Lofts. The top floor collapsed through several floors below. Fortunately, only 15 units of that building were occupied and few of those owners were home at the time. Nobody was harmed but there was extensive damage.

The developer repaired the building and finished the project. This report from right after the tornado has a pretty amazing aerial of the destroyed top floor of the lofts.

The site now houses rental and condo lofts, completely gated and with amazing amenities. I have always loved their pool, surrounded by ruins of the old Bleachery building. So cool! The Stacks sits at the south end of Boulevard, what used to be a declining part of town that is now revitalized and vibrant.

Neighboring Cabbagetown once housed the mill workers and was an established community by the turn of the 20th century.

Now it’s a funky neighborhood of cute historical shotgun homes. The Carrol Street district has bars, restaurants & a small market right outside the Stacks gates. The beltline has connected these communities to other burgeoning intown communities as well. And nearby Krog street market  has become the culinary sweetheart of Atlanta. 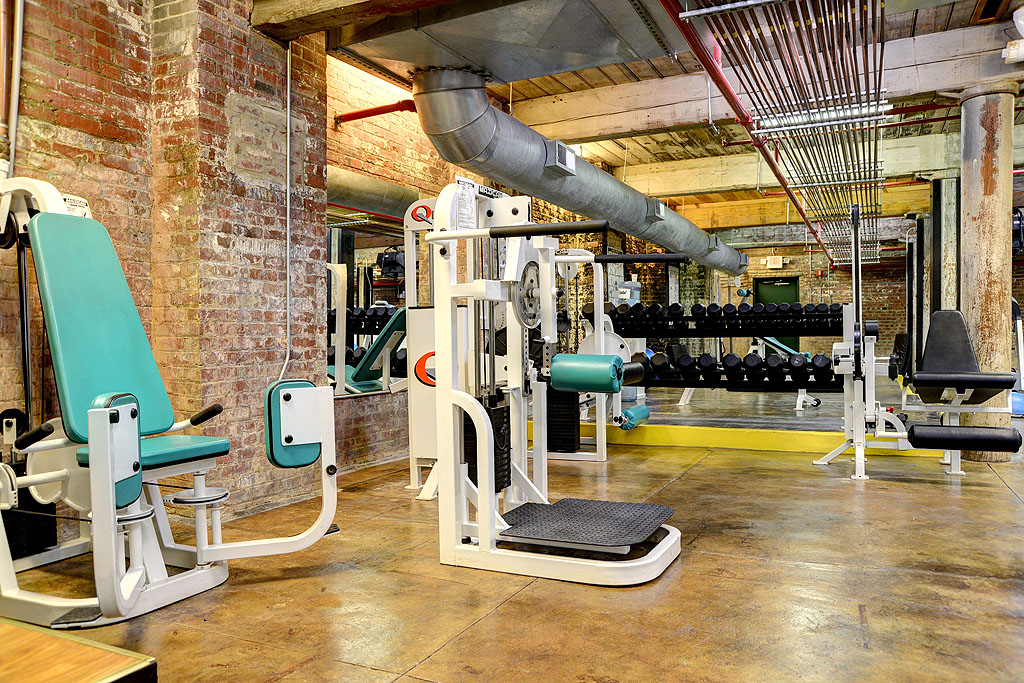 Here’s a cool article Curbed did on the Stacks from 1991 through now.

To see all the lofts currently available for sale. If you're in the North Atlanta area on a weekday, odds are you may find Carrie camped out at a local coffee shop. Having lived in the area since 1985, she knows all the hot spots and enjoys supporting local businesses while conducting business of her own.
Howdy! Hope you're having a great day!